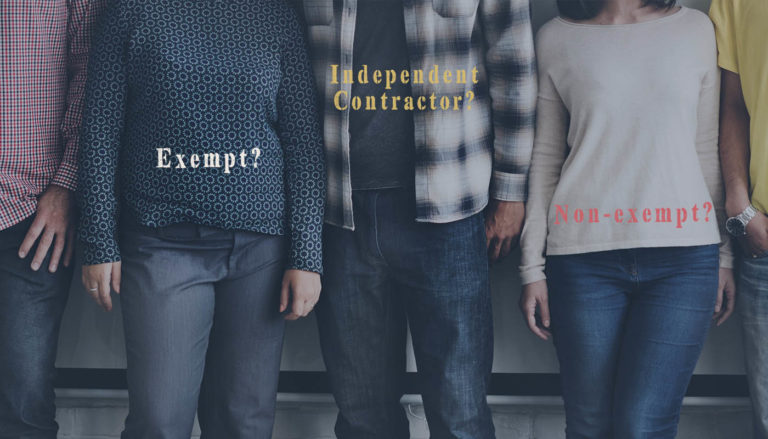 The Fair Labor Standards Act ("FLSA") is the federal law setting the requirements for paying employees and defining what type of positions qualify for overtime.  If a position is non-exempt, employees working in that position must be paid overtime at a rate of one and one-half times their regular hourly rates for any hours worked over 40 hours in a week.  States also have their own statutes addressing employee pay.  The penalty provisions under both the state and federal regulations can be very significant.

Recently, the Massachusetts company Force Corp. learned just how significant these penalties can be.  As a result of its decision to make improper deductions from employees for tools and safety equipment and its failure to timely pay its employees, Force Corp. was fined over $800,000.00 by the Massachusetts Attorney General.  This was in addition to the $2.7 million it was ordered by the Department of Labor to pay for back wages, liquidated damages, penalties, and interest as a result of misclassifying employees as independent contractors.

Force Corp. is not alone.  A Colorado-based oil and gas company paid $2 million dollars to resolve claims relating to employee misclassification.  In 2017, large companies such as T-Mobile, Walgreens, and General Electric all paid over $9 million dollars to settle claims for violations of the FLSA and/or state employee pay regulations.  While the impact on these companies is not insignificant, a large fine such as this would be devastating to a smaller company.

To protect against such claims, employers must take affirmative steps to review their employee classification and payroll practices.  Job descriptions should be updated and reviewed.  A determination should be made whether employees qualify as exempt, non-exempt or independent contractors under the applicable state and federal statutes and regulations.  Finally, payroll practices should be audited to verify that employees are accurately and timely recording their hours worked, that only the proper deductions are being made from employees' paychecks and those paychecks are timely distributed to employees.  Your Human Resources advisors should be consulted to assist you with the analysis and making any corrections, as even making corrections involves the risk of potential violations.

Most employers truly desire to do the right thing and treat their employees fairly and in compliance with the law.  Unfortunately, compliance with the law can be cumbersome and a bit confusing in certain situations and for those, it is best to seek advice and guidance.  Otherwise, your company could be the next headline with a multi-million dollar fine or settlement for FLSA violations.