Overtime Changes Are Coming: Is Your Business Ready? 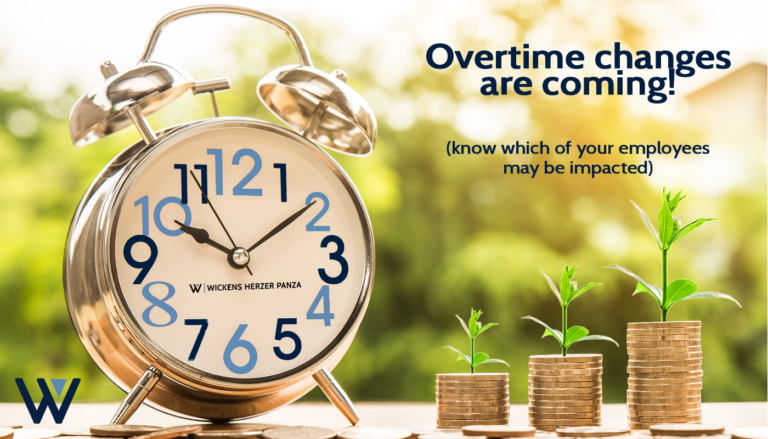 UPDATE: The Department of Labor announced a proposed rule regarding overtime. The newly proposed standard salary level has been increased to $679 per week (or $35,308 per year). Anything above this salary level means eligibility for overtime varies based on job duties.

Under the Fair Labor Standards Act ("FLSA"), employers are required to pay non-exempt employees at least one and one-half their regular rate of pay for all hours worked over 40 hours in a workweek.  Whether an employee is non-exempt (eligible for overtime pay) or exempt (not required to be paid overtime), is determined based on the definitions and exemptions contained in FLSA regulations.  One such regulation provides the minimum salary threshold that must be met for an employee to be classified as exempt.  Presently, that threshold is $455 per week or $23,660 per year. The Secretary of Labor, through the actions of the Department of Labor ("DOL"), has the authority to revise these regulations.

In 2015-2016, the DOL issued new regulations which attempted to raise the minimum salary threshold to $913 per week or $47,476 per year.  These changes immediately faced legal challenges and were ultimately never enacted.  Last fall, the Trump Administration announced its intention to revisit this issue, indicating a plan to issue new proposed regulations in March 2019.  As we await the new proposed regulations, it is important to remember that they will not immediately be enacted.  There is a required period of public comment that will undoubtedly garner much attention and action before any final regulations are imposed.  That said, there are steps employers can take now to prepare.

Based on comments made by Trump Administration officials, it is anticipated that the new regulations will increase the salary threshold required for exempt status to somewhere between $30,000.00 and $40,000.00, with most commentators expecting a number in the mid $30,000 range.  Armed with this information, employers can start to calculate the potential financial impact of these changes.  The first step employers should take is to review their employee payroll information and determine which employees who are currently classified as exempt fall within the $23,660 - $40,000 salary range.  Doing so will give the employer the universe of employees whose exempt status could be impacted by the changes.  When the proposed regulations are published, employers can work with their counsel and accountants to plan for and minimize the impact of the new regulations.  Taking some preliminary planning steps now will save employers from scrambling to address the proposed changes once they are released.